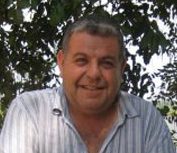 Today we had the great luck to listen to a very knowledgeable speaker on the topic of Visiting Cambodia, for he is a tour manager who lived in Cambodia for years. Previously, I had asked students to watch these videos as a warm-up.

As not many C1 students made it to class today, I rushed upstairs and — sorry about that — forgetting to ask them first, I invited Avanzado students in Juan’s class to join us. And that was great! Suddenly the room was full of life! There was such an atmosphere! (I wish this were so each single time we organize events!)

I was wearing my super girly-girly dress and after doing the catwalk (well, my “pintillas” version of that, after a 30-second tutorial on how to spot a feminist when in a girly disguise), I acknowledged María José a<3 s the person who made this event possible, and invited her to tell everybody about the exhibition she’s also on, “Aventureras”, whose opening is this Friday at 20.00 near Glorieta Ford. (More info here.) Incidentally, she gave me a poster I put up on the door and for just me an autographed bookmark (well, I had to beg her to sign it for me! 😀 ). 😛 Ana, the janitor, while Juan’s group moved to the first floor, wrapped up a bottle Lola, one of the French teachers in our school, bought this week from local producers in Coín with school money. It was our little present for Warren because he was not going to charge us (a fee) for his talk.

Warren Garber, who allowed me to videoshoot his talk, introduced himself (a Londoner) and started off by telling us about his relationship to Cambodia and Andalucía. Then he moved onto the topic of Cambodia. He had prepared a wonderful power point presentation, which offered visual support to the topics he spoke about, and this made things easier for the audience to follow. I particularly loved the way he explained things, because he often paraphrased things so that people could follow better, as if he knew which words might pose trouble to students. And because he knew well what he was speaking about, and easily related things to his own thoughts and experiences. On top of that, he knew where the audience came from, too, I mean, that he was speaking about Cambodia to us, people living in Costa del Sol.

Students and Juan the teacher were wonderful because whenever they had a question or comment, they posed it, so the talk had very interactive moments!

Warren told us about the country’s location, what it’s called, what its weather is like, what people’s lives are like in terms of everyday details (TVs powered by car engines in huts; mobile ringtones heard in rice plantations) and also general occupations (women workers, mostly, in fields or sweat workshops), including the gender problems that patriarchal society has. He gave information on health concerns and transport/transportion. He showed us bits of landscape and key tourist sites… He gave us some key hints on history, and international relations in Asia and with international superpowers. And ended the talk bringing up the issue of food, this BIG cultural question. (By the way, I would have wanted to ask him why British people find eating squid repulsive, well, if that’s right.)

We had fun, too, because Warren has a great sense of humor/humour!

And my right hand was totally numb midway, so if I manage to edit the video (chop it up in different video clips by topic, like this one we did on Trinidad and Tobago! It’s 8 in all) you’ll see the image’s rather wobbly (unsteady) at times! Sigh!

After Warren left, Juan’s group left, cheerfully thanking us for the invitation. And those of us who were left reviewed the issue of word order in questions. I suggested people collected questions and did some oral drilling to improve their accuracy and fluency. More on this on my next post. Please read.

Last, I told students I could publish their human rights letters on our brand-new multilingual Human Rights blog.

Well, thanks to everybody for today! Life is much more interesting when we work together! ❤