How would you translate it? I can’t. “Fed up with having to do all the work and being invisible”. We were called “revolting bitches” but I don’t see why we should have been insulted. It’s very funny! It’s a pun and the stick to turn the masculine “o” into a feminine “a” is a CLEAN tampon, so — why would it be revolting? (Demented laughter) 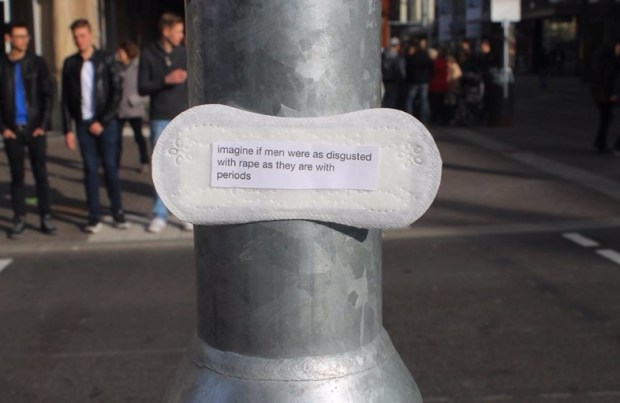 And this humor is admirable — for all the violence women get in this planet.

Have you ever read this classic text by Gloria Steinem? It was based on things that were learned in the 20th century in philosophy and other areas of knowledge, really! “If Men Could Menstruate“. Can you feel how belittling and humiliating it is to be bombed all day with the messages patriarchal minds send women?

Antifeminist people say women also use violence when they make fun of men, or use psychological violence, or verbal violence. (We all use verbal violence — words as physical blows and conceptual violence every day.) As if women were not human or men did not use apart from physical violence all the other kinds, including, traditionally, deciding over women’s lives, locking them up to serve them, mostly, or exploiting their work as if women were machines. But about violence — this is what I want to write about — let me say: the fact that men are allowed and encouraged in patriarchal societies to use physical violence AND the fact that women are not allowed to use it (a woman who kills is perceived as more evil than a man who kills; we fear her more), both show that using violence is educational, cultural. Because any human being is capable of using any kind of violence, or use their conscience and intelligence and not use violence on a daily basis. The patriarchal idea of physical strength is rather misleading.

So — Why are feminists obsessed with the period? Perhaps because it’s nowhere to be seen in History. Perhaps because all women’s issues have traditionally been irrelevant or disgusting? (Have you seen a true picture of what giving birth looks like? Lots of feminists had to posts messages in support of a woman artist, Ana Álvarez-Errecalde, who wanted to be taken a picture with her newborn for all the violence she was getting in social networks. She looks so absolutely happy! Why are women’s moments like these disgusting to see?)

Why isn’t feminist humor understood, or women who are feminists when they make a joke? And what they say is taken as if they say it seriously, so the reaction is so wild, ridiculizing them as thinkers, when the fact is they are making a joke? A political joke most of the times. Often an admirable joke. And when women reason, they aren’t listened to or red, because people in patriarchy can’t accept, can’t take it that they reason (we would have to get really upset about having made it so hard for them to help organize the world and solve problems), they can’t say anything which is worth it for us all — not as valuable as what a man can say, in any case. This is what history has told us. This is what we’ve been told for centuries everywhere. Women are bad at heart, particularly when they don’t do what patriarchy expects from them, like wanting to study, wear the clothes she likes, have sex with people she also chooses, drive, play football, have or not have bay bees, travel the world, write books, fight violence…

But women have always been here, not only patriarchal-minded women, also women-persons, or differently-abled-women! ( 😀 ) — like men who refused to become patriarchal men, or couldn’t — , and if we hadn’t had to fight so hard, we could’ve contributed more and in more varied ways, and mostly: we could’ve had a life of our own, for ourselves too, not only to help our community or family! 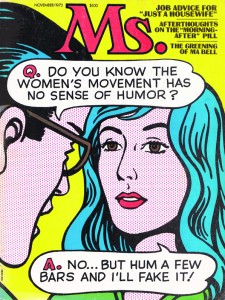 Humor has a role in feminism, particularly in Nonviolent Direct Action, but also just because feminists are human beings, too, and humor helps us survive! ❤ 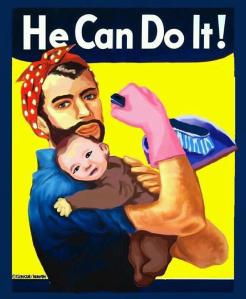 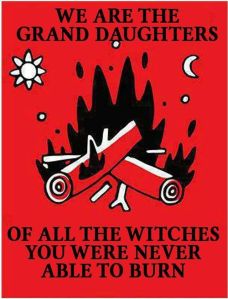